“There were no significant between-group differences at any follow-up in any outcome.”

“Neither labral repair nor biceps tenodesis had any significant clinical benefit over sham surgery for patients with superior labrum anterior posterior II lesions in the population studied.” 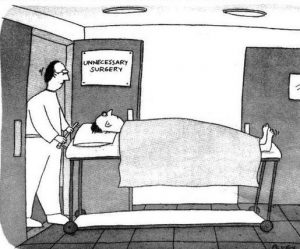