Military recruits weight & fitness issues, not just in the United States……..
“The purpose of the present study was to investigate changes in physical fitness and anthropometry of young men entering the military service in Finland during the years 1975–2015. The study included the fitness test results of 627,142 healthy young male conscripts (age 19.1 ± 0.4 years old).”

The mean distance achieved in the 12-minute running test decreased…..between the peak in 1980 and 2015.”

The present study shows……their aerobic capacity has still decreased during recent decades. In addition, the proportion of conscripts with poor muscle fitness has increased. From the national defense and health perspective, more initiatives are needed to encourage young men to increase their level of daily physical activity to be fit and ready for operations.” 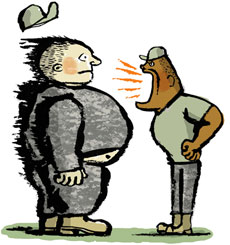