“Lithium in tap water was previously found to have life-extending effects across 18 Japanese municipalities. Using a larger dataset with several Texas counties, our study shows that lithium concentrations in tap water are negatively associated with all-cause mortality and years of potential life lost.”
.
“Thus, our present findings extend and reinforce lithium’s purported life-prolonging effect in humans.”
.
“Lithium is an essential trace element that is most commonly known for its use in treating bipolar disorder, albeit at relatively high doses (900–1200mg per day) where adverse events including renal damage, thyroid disorders, and gastrointestinal disturbances have been observed. At much lower doses, lithium acts as a nutrient exerting positive effects not only on mental health but also on cognitive function.”
.
“…..the effects of trace lithium on lifespan are impressive since the concentrations of lithium in water can be 1000-fold less than the therapeutic doses used for bipolar disorder.”
.
“Here, we examined the association between trace lithium and all cause-mortality with a much larger dataset using data readily obtained from 234 counties in Texas, United States. We also examined the association between trace lithium and premature death as indicated by years of potential life lost.”

“….our study is observational and ecological in its design, and therefore a causal link between lithium exposure and reduced mortality may not be established. Although life-long intervention studies in humans may not be feasible, our study enhances the generalizability of the findings from Zarse et al. (2011), and reinforces the notion that lithium may extend lifespan in humans.”
.
“….lithium is a well-known inhibitor of glycogen synthase kinase 3, and glycogen synthase kinase 3 inhibition has been shown to be required for lithium’s life-prolonging effects…..”
.
“….low-dose lithium treatment also alters histone methylation, chromatin remodelling, and mitochondrial turnover, which can all influence longevity…..”
.
V.A.Fajardoab, P.J.LeBlancab, V.A.Fajardoc
Trace lithium in Texas tap water is negatively associated with all-cause mortality and premature death
Canadian Journal of Applied Physiology, Nutrition, and Metabolism – Volume 43 #4 – April 2018 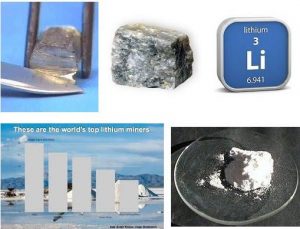