“In April, the WHO declared that the problem “threatens the achievements of modern medicine. A post-antibiotic era — in which common infections and minor injuries can kill — is a very real possibility for the 21st century.”
.
“……a report on antibiotic resistance linked to an executive order from President Barack Obama, who directed the National Security Council to work with a governmental task force and a nongovernmental advisory council to develop a national action plan by February 2015.”
.
“…..antibiotics in a market that is currently worth more than $40 billion annually for drugs that are starting to fail.
.
C.Nathan, M.D., et al
Resistance — Problems, Progress, and Prospects
New England Journal Of Medicine…..volume 371 #19…..November 6, 2014….page 1761 – 1763
.

[CNBC, December 11, 2014…..Drug resistance deadlier than cancer by 2050……by Catherine Boyle]
“Infections resistant to medicines will kill more people per year than cancer by 2050, and cost the world $100 trillion annually, according to a U.K. government-backed report led by Jim O’Neill, the well-known former Goldman Sachs economist.”
“The wide-ranging study, called the Review on Antimicrobial Resistance, was commissioned by the U.K. government earlier this year amid growing concerns about drug-resistant “superbugs”, including new strains of E. coli, malaria and tuberculosis.”.
“Its forecasts, based on research by RAND Europe and KPMG, suggest that drug resistance, which is estimated to have caused around 700,000 deaths globally this year, will cause 10 million by 2050 if further action is not taken.”
.

“In the study, 18% of physicians or other providers rejected the recommendations and continued giving their patients the antibiotics they had prescribed. Patients whose health care professionals didn’t follow those recommendations had a 3.5% readmission rate within 30 days and an 82-hour average length of stay. But when physicians and other providers did follow the guidance to stop or change an antimicrobial, their patients had no readmissions and a 68-hour average length of stay.”
.
“Inappropriate antibiotic use most likely occurred in patients receiving ceftriaxone/cefotaxime (62%), vancomycin (11%), and meropenem (5%). The most common diagnoses that triggered a recommendation to change antibiotic use were pneumonia (22%), urinary tract infection (19%), and presumed sepsis (9%).”
.
A.Slomski
Antibiotics for Children: When Less Is More
Journal Of The American Medical Association…..Volume 312 #20…..November 26, 2014……page 2079 – 2080 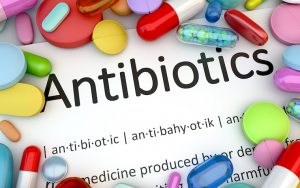 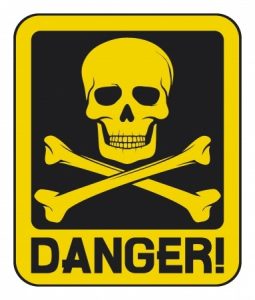