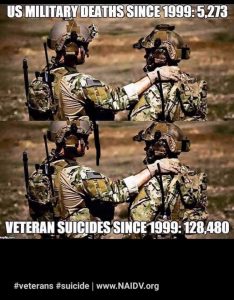 “Studies have shown that cognitive therapy is as efficacious as antidepressant medications at treating depression, and it seems to reduce the risk of relapse even after its discontinuation.”
R.J.DeRubeis
Cognitive therapy vs. medications for depression: Treatment outcomes and neural mechanisms
Nature Reviews Neuroscience…..Volume 9 #10….October 2008….page 788 – 796

[Journal Of The American Medical Association Sept 27, 2016]
“A simple type of psychotherapy known as behavioral activation is not inferior to the gold-standard cognitive behavioral therapy in reducing depression symptoms, found one of the largest trials of psychological treatment for depression to date. The authors also note that there may be a health care cost advantage to behavioral activation because it can be delivered by mental health workers with no formal training in psychological therapies.