Allan Besselink PT, Dip. MDT [Smart Sport International, Austin, Texas]
Last Fall he was one of the headliners in Copenhagen, Denmark at the McKenzie International’s pre-conference workshop “MDT and the Athlete”.
Last Friday….in the photo, he was speaking in Brasilia, Brazil at Brazil’s physical therapy association’s international conference.

TheETG Physical Therapist since 1992, Allan owns his P.T. clinic Smart Sport International and is a college instructor at P.T. schools in the Austin area, Adjunct assistant professor at Austin Community College in the Physical Therapist Assistant program, Contributing Faculty at the University of St. Augustine in the Physical Therapy program.
Allan has been the Physical Therapist for the United States Track and Field team at the World Cup Of Track & Field, World Championship for Half-Marathon, World Cup Race-Walk, event staff for the Olympic Games, U.S. Olympic Trials, USA Track and Field Championships, and the World Junior Track and Field Championships. Coached world ranked triathletes, duathletes, World Champion masters runners, author of the book….”RunSmart: A Comprehensive Approach To Injury-Free Running”.
He lectures each year at the Texas Physical Therapy Association’s annual meeting, is brought in to give his “RunSmart” seminars to groups of athletes and physical therapists nation wide, and among the American Physical Therapy Association membership has become a nationally renowned blogger on all things that matter in the PT profession. With the global McKenzie Diagnosis & Therapy [MDT] organization he has been their newsletter editor in years past, now a featured commentator in the newsletter, as well as a speaker in sessions leading up to their annual conferences looking to move MDT deeper into elite sport and treatment of professional athletes.
Allan Besselink is one of about 500 Physical Therapists, Doctors, and Chiropractors in the -world- to have not just certification but the diploma in Mechanical Diagnosis and Therapy [a.k.a. McKenzie Method] from the McKenzie Institute International. Self-employed physical therapist, college instructor, and a globally recognized thought leader in the physical therapy community.
.
I first met Allan at one of my lectures in 1991 at a nationally known running store in Austin called RunTex. That led to a tradition of having Sunday dinner at his house almost every Sunday for nearly a decade. We attended just about every USA Track & Field Convention together through the decade of the 1990’s. A proud Canadian born and raised in tiny town Brockville, Ontario, he arrived in Austin about a year before I did, attracted by the live music scene and home of Stevie Ray Vaughn. Now a U.S. citizen, Allan is a world famous thought leader in his profession as a physical therapist. 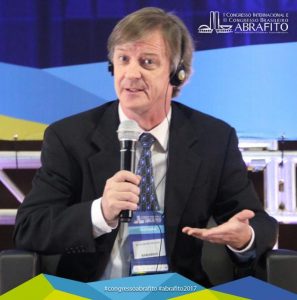 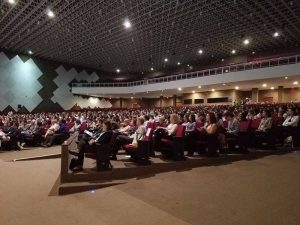