TheETG applied sport sciences……Altitude training.
We now have multiple research review articles [not just individual studies] on traditional and “live high train low.
As I’ve said for over a decade, its -not- the altitude, the air, or red blood cells, its the hills that come with being in the mountains.
You just need the hills not the altitude, not the pressure on oxygen, and not EPO use.
.
“The novel hypothesis that “Live High-Train Low” does not improve sport-specific exercise performance is discussed.
“….many studies demonstrate improved performance after Live High-Train Low but, unfortunately, control groups are often lacking…….Importantly, when control groups, blinding procedures, and strict scientific evaluation criteria are applied, Live High-Train Low has no detectable effect on performance.”
.
J.Bejder, J.Nordsborg, N.Baastrup
Specificity of “Live High-Train Low” Altitude Training on Exercise Performance
Exercise and Sport Sciences Reviews – Volume 46 #2 – April 2018 – page 129
.
.
“The aim was to investigate whether 6 weeks of normobaric “Live High-Train Low” using altitude tents affect highly trained athletes incremental peak power, 26-km time-trial cycling performance, 3-min all-out performance, and 30-s repeated sprint ability.”
.
“In a double-blinded, placebo-controlled cross-over design, seven highly trained triathletes were exposed to 6 weeks of normobaric hypoxia “Live High-Train Low” and normoxia (placebo) for 8hours/day.
.
“Live High-Train Low” exposure consisted of 2 weeks at 2500m, 2 weeks at 3000m, and 2 weeks at 3500m.”
.
“Incremental peak power output was similar after both interventions, placebo….Likewise, mean power output was similar between treatments as well as before and after each intervention for time trial, placebo, and 3-min all-out.”
.
“Furthermore, peak- and mean power output during repeated sprint exercise was similar between groups at all time points. In conclusion, 6 weeks of normobaric “Live High-Train Low” using altitude tents simulating altitudes of 2500–3500m conducted in a double-blinded, placebo-controlled cross-over design do not affect power output during an incremental test, a ~26-km time-trial test, or 3-min all-out exercise in highly trained triathletes. Furthermore, 30s of repeated sprint ability was unaltered.”

J.Bejder, et al
Endurance, aerobic high-intensity, and repeated sprint cycling performance is unaffected by normobaric “Live High-Train Low”: a double-blind placebo-controlled cross-over study
European Journal of Applied Physiology — Volume 117 #5 — May 2017 — page 979
.
.
“…..based off of a study using elite cyclists to assess Live High Train Low at a training center in the Jura mountains of France.”
“Unlike the vast majority of researchers who had investigated Live High Train Low , this team used a double-blind design, which is the gold standard for scientific research. It had been difficult to use a double-blind design in studies using natural altitude: athletes knew whether they were living in the mountains or at sea level, and so did researchers.”

“Only the lead researcher knew which athletes were assigned where; even the on-the-ground staff did not know, eliminating bias at another level.”

“The cyclists lived in the treatments for four weeks, during which time they were told to train normally, outside, at the natural 1,135 meters of elevation.”

“…..athletes living the Live High Train Low lifestyle did not increase their red blood cell mass or the erythropoietin levels….and that group did not see greater improvement in the tests and time trials…..than their control group counterparts.”
[Dr. Christoph Siebenmann, Carsten Lundby of the University of Zurich……Dr. Nikolai Nordsborg of the University of Copenhagen]
.
.
“Scientifically speaking, altitude training has no effect,”
“Neither the ability to cycle far or the ability to sprint is improved on average.”
[Dr. Nikolai Nordsborg, University of Copenhagen]
.
“In spite of accumulating evidence that altitude training affords no advantage over sea level training, many coaches and athletes believe that it can enhance sea level performance for any athlete, whether endurance or power is the focus in their particular sport.”
L.A. Wolski, et al
Altitude Training For Improvements In Sea Level Performance
Sports Medicine…..Volume 22 #4….October 1996…page 251
.
“It has been shown that, in elite athletes, hematocrit does not correlate with performance.”
[A.Legaz, J.J. Gonzales, et al……Hematocrit > 50%: An Accurate Index For Prevention and Control Of Doping In Athletes?…..University Of Zaragoza…..Spanish Olympic Committee 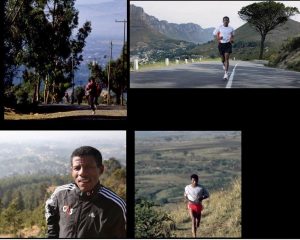 “The drug erythropoietin, often called EPO……a new systemic review of existing research reveals that there is no scientific evidence that it does enhance performance, but there is evidence that using it in sport could place a user’s health and life at risk.”
EPO [erythropoietin] doping in elite cycling: No evidence of benefit, but risk of harm
Science Daily……December 5, 2012
.
“….there is no scientific basis from which to conclude that rHuEPO has performance-enhancing properties in elite cyclists.”
“The use of rHuEPO in cycling is rife but scientifically unsupported by evidence, and its use in sports is medical malpractice.”
J.A.Heuberger, et al
Erythropoietin doping in cycling: lack of evidence for efficacy and a negative risk-benefit.
British Journal Of Clinical Pharmacology……Volume 75 #6….June 2013…page 1406
.
“Evidently, the inconclusive research findings as well as our own observations oppose popular beliefs as well as opinions of the anti-doping agencies about the ergogenic effects of Hb doping aids for cyclists. This disparity made us insecure. What if aforementioned arguments and observations are valid and those of the antidoping authorities are not?”
“We summarized the main statistical findings of our study….The analyses offered no support for the outlier hypothesis, since none of the victors in the 1990 – 2008 periods demonstrated abnormal peaks in their time performances compared to the performances of their counterparts in foregoing periods.”
H.Lodewijkx, B.Brouwer
Epo Epidemic in Professional Cycling
Research Quarterly for Exercise and Sport……Volume 82 #4……2011….page 740 – 754
.
“I believe there is a clear need for high-quality research to investigate the effects of supposedly enhancing drugs in sport. If, as is expected, many substances in current use are found to be ineffective it will help keep our athletes safe and improve confidence in sporting results….”
[Adam Cohen, Centre for Human Drug Research, Leiden, The Netherlands]
.
“……human erythropoietin administration….”
“……paradoxically, its effects are opposite of those of endurance training, namely a change in red cell mass without an increase in the total blood volume. Thus use of…..erythropoietin as a performance enhancing agent is dangerous, particularly in the less fit athlete, and probably of little benefit in the highly conditioned one.”
J.L.Spivak
Erythropoietin use and abuse: When physiology and pharmacology collide
Advances In Experiemental Medicine & Biology….Volume 502…..2001….page 207 – 224