The quackery of -traditional- Dentistry.
Drilling and filling, wisdom tooth removal, flossing.
What Your Dentist Won’t Tell You………Bacteria produce an acid that can wear away the enamel [outer surface] of your teeth, gradually working their way inside, and digging out a hole [cavity].
Teeth are basically bone. As we all know, bones have the ability to repair themselves when damaged.
Thus, the idea of paying money to a dentist, to drill into a tooth, and insert a “filling” into a cavity, should seem somewhat counter to logic and reason. In short, drilling, filling, and capping, should be unnecessary. Teeth are comprised of minerals, such as calcium, phosphate, and fluoride. The acids produced by bacteria can ‘demineralize” the inner portion of a tooth, resulting in a hole, called a “cavity”.
.
There are thus, 2 mechanisms to address to heal a cavity
1— neutralize the acid produced by the bacteria, and/or kill the bacteria
2— provide the minerals necessary for the tooth to rebuild itself by filling-in the cavity [calcium, phosphate, and fluoride]
.
The 2 major purposes of brushing your teeth are……
1— remove bacteria in the form of “plaque” from your teeth
2— remove food particles from your teeth and mouth, since bacteria feed on the carbohydrates

.
http://theetgtrackclub.com/selfcare/
.
“…..the radical surgical approach prevailing in the 1960s has generally continued despite overwhelming research outputs in caries prevention and treatment in the succeeding half century .”
W.Evans, et al
The Caries Management System: are preventive effects sustained postclinical trial?
Community Dentistry And Oral Epidemiology — Volume 44 — 2016 — page 188
.
“It’s unnecessary for patients to have fillings because they’re not required in many cases of dental decay….”
“This research signals the need for a major shift in the way tooth decay is managed by dentists.”
[Wendell Evans of the University of Sydney]
.
“….the gap between what is occurring in clinical practice and what published research findings suggest….”
“Dentists reported a medium-range concordance between practice and published evidence.”
“Efforts to bring research findings into routine practice are needed….”
W.E. Norton, et al
Concordance between clinical practice and published evidence: Findings from The National Dental Practice-Based Research Network
Journal Of The American Dental Association — Volume 145 #1 — January 2014 — page 22 – 31
.
“……majority of available studies fail to demonstrate that flossing is generally effective in plaque removal…..2015 review cites “inconsistent/weak evidence” for flossing and a “lack of efficacy…….a dental magazine stated that any benefit would be so minute it might not be noticed by users. ”
[CBSNews, A big problem with flossing — Auguste 2, 2016] 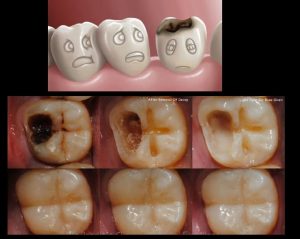 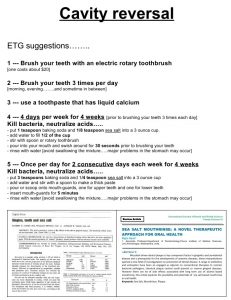