Problematic situation at the University Of Oregon track program.
Mid-1980’s, coaching high school’ers I handed out training record sheets each week for them to fillout and turn in each following Monday.
One of the boxes for them to fill in was body weight.
Mid to late-1980’s I got rid of that box once I accepted the realization that body weight isn’t a training stimulus, thus isn’t worth keeping track of. I got rid of the box also when I realized that it was creating or contributing to issues for some.
.
Late 1980’s, early 1990’s, the NCAA created a video and educational effort about eating disorders to help coaches avoid being a problem child toward their athletes.
And sport sciences researchers in both exercise physiology and sport psychology published an enormous number of studies on the Female Athlete Triad throughout the 1990’s.
So, it cannot be that in 2021 there are coaches behaving badly, doing stuff that shouldn’t be done in this area.
.
Its the 21rst century.
.
Body weight, percent body fat, etc, etc.
Doesn’t matter what you call it.
All I ask of you is that you don’t call it applied sport sciences.
Its applied bullshit.
.
Doesn’t matter that its the top college track program in the country doing it, University Of Oregon.
Since the 1980’s, in sport psychology we’ve known that “causal attribution”…..the things an athlete or coach attributes as the cause of their success, is often absolute bullshit!!!
.
DEXA scans are not the cause of winning 14 NCAA National titles.
Doesn’t matter how good a coach is. A coach can be the best in the world and still deeply believe in absolute bullshit, swear by it, refuse to give it up.
Its still bullshit.
.
Bullshit doesn’t win NCAA team titles. Attributing one’s success to bullshit fails to convert bullshit into success producing stuff.
.
If you accept crap, if you believe in crap, you’ll awake one day and find yourself knee deep in it.
That’s on you!!! 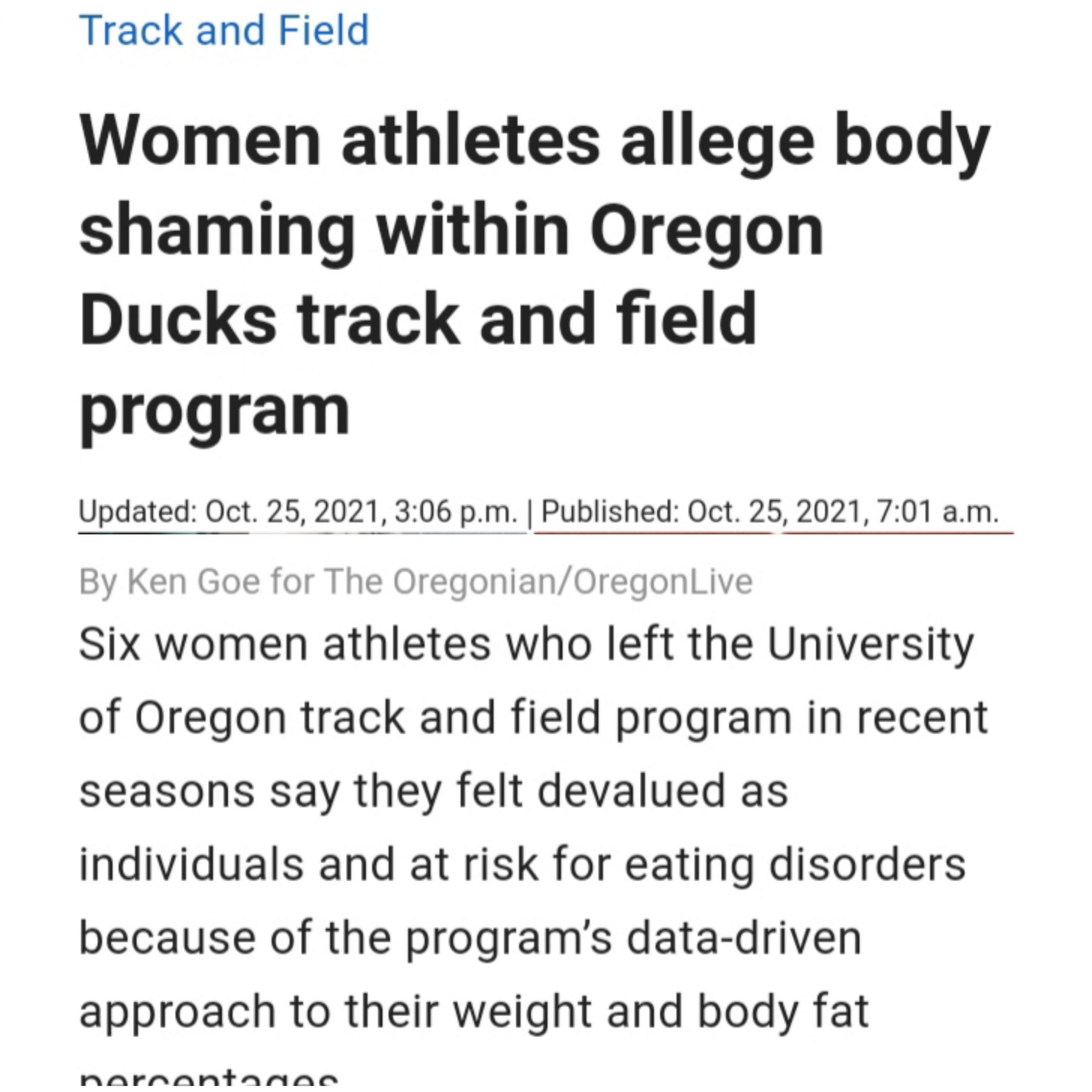